The Future and how English speakers see it.

When we think of the future we automatically think of will. But this is really only part of the story. In reality, will is just the first step in our thought process about our future plans.

Obviously we do not know the future. The recent past is clear in our memory like a series of short films playing in our heads. We replay those memories and remember those things which happened. The present is what we see now. What is currently happening all around us or what happens in our present routine. The future for us however is not events we see but rather plans we have for events to happen. We see them in different ways, and different shades of clarity, depending on the level of planning that we have already made.

The first step is will:

The lowest and first level of a future plan is will. Will is the big bang! When you say I will do something you have not thought about it before. It is the birth of an idea and is a decision you are making here and now at the time of saying it. It is unplanned and spontaneous. It is the first step in your decision-making process. For this reason, it is often preceded with I think or I reckon. It is not a firm decision. It is not arranged or planned. It is simply you deciding at that given moment that this action will play a part in your future life.

Will only expresses your desire and nothing more.

In English, your last testament is called your will. Your will is also what you wish to happen. It is his will – it is what he wants. It is a desire for the future, a desire for something to occur. When you say I will do something you are simply saying that this is your desire and nothing more. It is your first step in creating your future plan. But like the big bang, it is a fleeting moment. From the point of will it instantly changes from being a desire to something more focused.

The second step is going to. This describes your intention.

This more focused thought is expressed with going to. The desire you expressed when you said that you will do something is now transformed into an intention. From I will do something you are now going to do something. The image in your head for the future becomes clearer. You see yourself on the path to that action. Future actions will drive it towards your goal. You are consciously open to achieving it. Young single people can say that they are going to get married one day and they are going to have children. The words express the path they will now take towards that future goal although in this case the when and with who is not at all clear.

The third step is the present continuous I am doing. This is when arrangements have been made.

The final step in future planning is to make solid arrangements. For example I begin my plan with a desire such as I’ll meet my friends this weekend. The will signals that this is what I want to happen. From that moment it becomes I’m going to meet my friends this weekend. I see the path which is in this case to contact people and arrange where and when to meet. This done, I’m meeting my friends this weekend – the present continuous tense. When you use the present continuous, there is the idea now that it is set in stone. My image has now shifted into something much more solid. I can see the place and the people in my minds eye. I may have hopes or fears for the event but the image is solid in my mind. It is happening.

One thing to mention is that for the short-term future, this week for example, there is little difference between I’m going to go to the cinema and I’m going to the cinema. We do not differentiate the two (in the short term) and native speakers will not think twice about whether the action is arranged or not. However, when we talk about plans further into the future we are much more likely to use going to as the plan probably has not been arranged. For example Next week I’m going to America sounds correct because it is likely that I have bought my ticket, reserved my hotel and got my visa as the action will happen soon.

However, Next year I’m going to go to America sounds much more plausible as this is probably just in the intention phase where it’s what I intend to do but without arrangements having been made, because the time is next year.

The difference could suggest a bribe!

If you see a dark sky you say It’s going to rain). To say I’m getting an A in my exam would imply that somehow it has been arranged. Perhaps I bribed the examiner? If not that, then it sounds arrogant at the least.

To sum up, there are three basic stages in how we think about the future.

We say we will do something at the outset. This is the moment the decision is made. From there it immediately goes to I’m going to do something which signals that my mind has been made up and I am going to follow my intentions towards making that action a reality. During this phase of the journey I make external arrangements and the moment they become confirmed now I’m doing it.

I’m having lunch with Teresa on Saturday – I asked Teresa to have lunch and (perhaps) booked a table. The arrangement is made.

An interesting thing about the short term future is that we generally know what we are doing, particularly if we live a life of routine (which most of us do). Therefore thinking about the next week or so we use going to and the present continuous a lot more than we use will. Will is only the birth of a new idea. Learners of English generally have the idea that will signifies the future, and it does. But only at the first step. 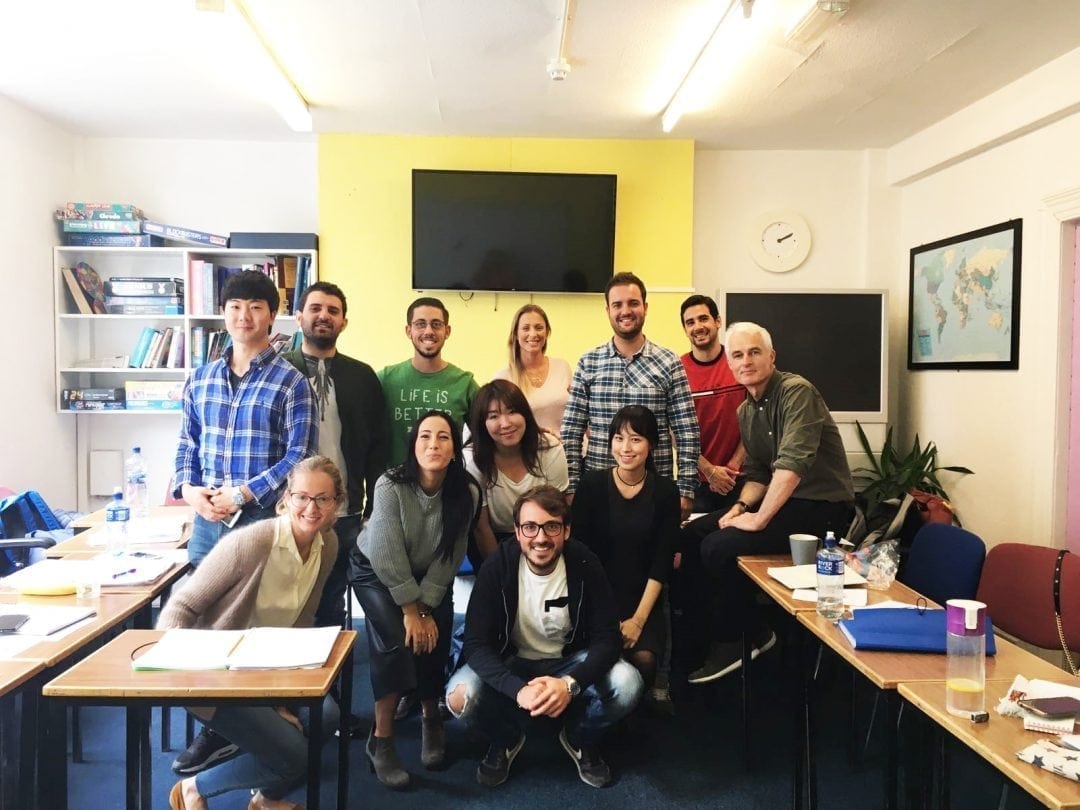 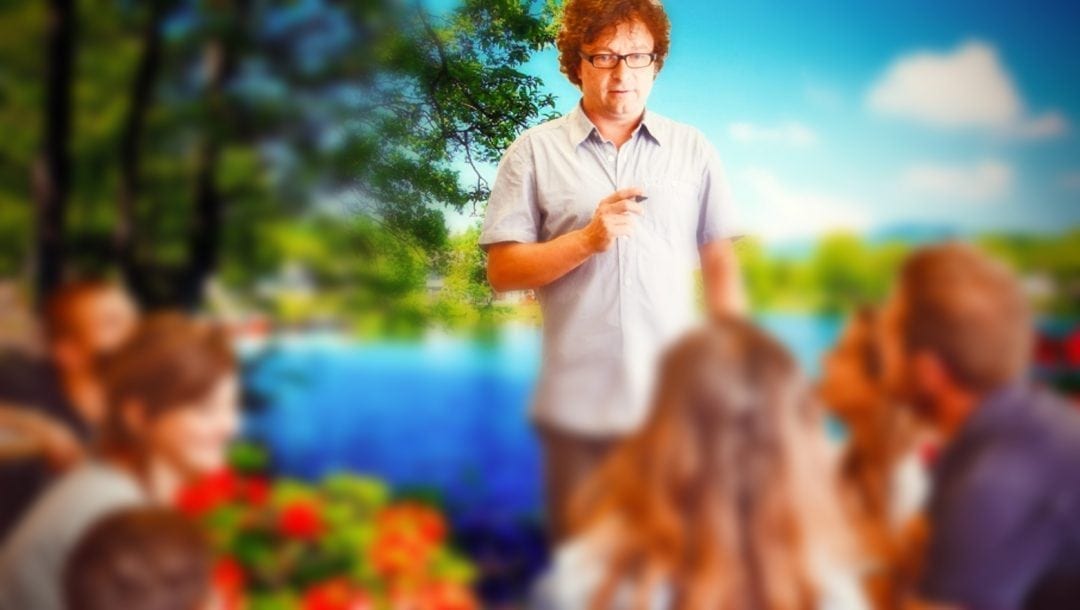 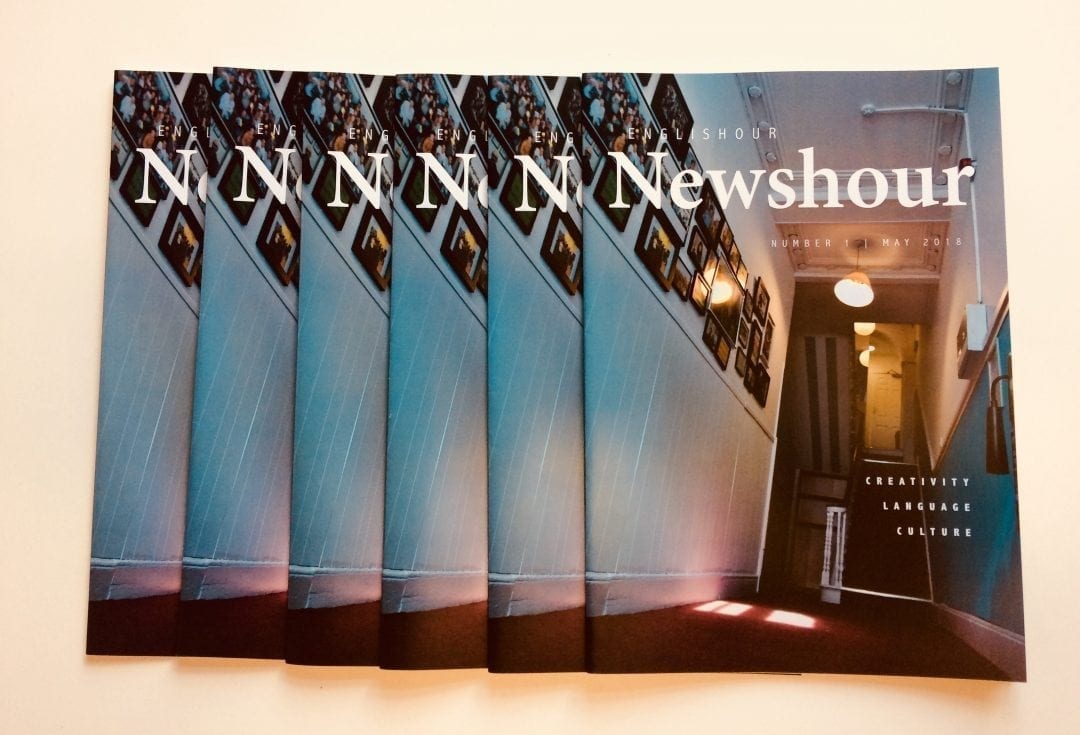 Please click on the link below to read Edition 1 of Newshour.

‘Switching’©: From the formal to the informal.

When communicating through English, there will always be options presenting the speaker with a language choice. In this blog, we will show you ‘Switching’, a technique which will open up the range of language choices available to you.

In English, the language choice of the speaker will be either in a formal style or an informal style or perhaps somewhere in between and the formal style is often a direct translation from the learner’s language:

I told Peter everything he needed to know

The informal style will not be a direct translation but could rather be a PHRASAL VERB:

I filled Peter in.

In Englishour, we believe that learners today who come to an English speaking country to learn English want to become familiar with the informal side of English. To them, it’s new and exciting and is often something they have never come across before.

As well as opening up exciting new learning opportunities, there are clear advantages to making these language choices. Firstly,  the informal side of English is often much shorter; more concise. English speakers love this! When non-native speakers use idiomatic language, English speakers really appreciate this and the door to a deeper communication is opened a little more. The journey from formal (translation) to the informal is something I call ‘switching’.

Switching is moving between the formal and informal. It is moving away from direct translation towards metaphor and image-based language.

Here are some examples:

A journalist, Peter Factotum, is talking about a corrupt director of a company who he suspects is destroying the environment illegally. In telling us about the director and his experiences he has used several phrasal verbs giving us information:

He has to answer to the shareholders

He left out the fact that he had been in prison

I can’t wait to fill in my editor

If you have a boss, then the answer is yes!

If you have parents, then the answer is yes!

Politicians often try to play down their mistakes and play up their successes!

Therefore the idea of ‘sounding someone out’ is the idea of talking loosely about something to gauge their reaction.

I told Peter about the project.

So with switching, we try to replace the formal with the idiomatic:

I filled Peter in about the project.

Now, let’s add some more verbs that you can ‘switch’:

When Peter Factotum fills his editor in about the story she will either think that it is a good story or a bad story. If she thinks it is bad, then Peter will have to persuade her that he should write it.

He will have to talk her into letting him write it.

When you were a teenager you had to talk your parents into letting you do things. Like what?

You can also talk someone out of doing something.

He wanted to sell the house but we talked him out of it. – We dissuaded him!

If there was a situation where several journalists wanted to write the story:

Peter would pitch for the story

The idea of ‘a pitch’ is important in English. People pitch ideas to others in order to sell a product or get support.

We pitched the idea of an environmentally-friendly car to the managers and they loved it!

When there is competition to ‘win’ an account, for example, you pitch for it.

Every advertising agency in the city pitched for the McDonalds account.

In this case however, it is unlikely that Peter would have to pitch for the story as:

He came up with it.

He thought of it. It is his story.

The context will decide which option you use.

Look at the following sentences. You will see the long formal version. Translate to the shorter informal version by switching:

Now try to do the opposite. Look at the informal and make it formal: