Present Perfect Tense – How does it work? 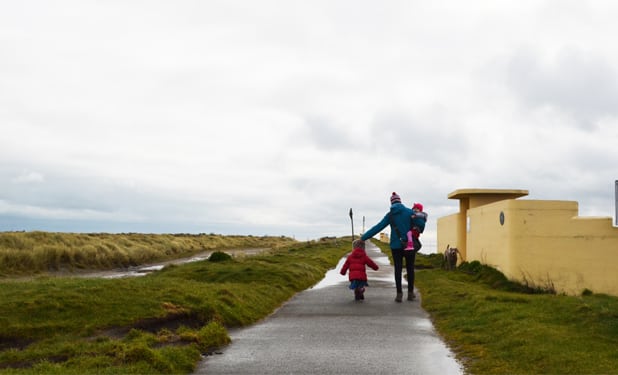 The present perfect can be a hard tense to understand and a beautiful tense to explain.

The problem for students is that it looks like and feels like the past. But it isn’t. The clue is in the title: The present perfect. It’s all about the present!

The present perfect tense isn’t about what you did yesterday, or what you did when you were a child or that time you forgot your key or any of that. It’s all about now. More precisely, it relates past actions to the present.

Some readers may not be sure what I mean by the ‘present perfect’. I have done my homework is an example. The simple past tense is I did my homework. So what’s the difference? This is the sixty-five thousand dollar question.

First, let’s think about the past.

‘Have’ is all about now, in every sense of the word.

So back to the point. I saw the film and I’ve seen the film. What’s the difference?

When I say I’ve seen the film I am not thinking about when I saw it. It’s just not important. It could be yesterday or a hundred years ago, it doesn’t matter. What is important is the action, and it is important for NOW. Where the simple past, I saw the film connects the action and the time in which I did it, the present perfect tense (the clue is in the title!) connects the past action with now.

So why do we want to connect past actions with now?

The answer is, for many reasons. For example, I want to explain to my friend that I don’t want any food now. I say No thanks, I’ve eaten. My eating in the past explains why I am not hungry now. I want to tell someone that I know about a place so I say I’ve been there. If I want to show how important I am now, I can say I’ve met presidents and kings. The I have done something is using my arsenal of past actions to have an effect on the present. I want to explain that I can’t pay for my drink so I say I’ve forgotten my wallet. I’ve finished my work tells my boss that’s it’s okay for me to leave now. I’ve cut myself says that I need a plaster and I’ve never done that could mean I’m interested.

Using the present perfect is like reaching back into the past and pulling a past action back into now and then using it to comment on the present in some way:

I’ve seen the film…I don’t want to see it, I know all about it, I can talk about it – are all possibilities.

You can say that we are the sum of all our past actions. Everything we do builds us and develops us for better or for worse. Sometimes, to show how we feel now, or what we know now, or what we want now, we use one of these past actions to demonstrate. We use the present perfect tense.

Imagine a man standing in an empty space. He stands there looking straight at you. Behind him, just a millimeter to his left stands himself again. Like a shadow. Again, a little further to the left, there is another image of the same man and this continues back and back, smaller and smaller. Each image of the man is a little younger than the previous going back. As you move further down the line into the distance the man becomes younger, then a teenager and then a child and then a toddler until the furthest speck is him when he was born.

If I point to any one of these ‘men’ I can say that they did particular actions. Some of them did their homework and when they got older they went to college or they travelled around the world. They had girlfriends and got into fights. They saw movies and slept on floors or in beds. The man we see now, he has a past, a history snaking behind him like a tail leading back to his first moment, his birth.

If the present man wants to talk about his past experiences, he will use the past. ‘In 1987 I had a beautiful girlfriend and we went to Bolivia and climbed the highest mountain.’ But here, he is simply talking about a particular past time, in this case, 1987. But sometimes in life we do not talk about the past time. Rather we use a past action to explain something about the present. We carry all those past actions in our heads and hearts, and suddenly we pull them out and say ‘this is me!’ ‘This is who I am’. ‘I’ve been to Bolivia!’, ‘I’ve had a beautiful girlfriend’, ‘I’ve climbed mountains!’

Reaching back into the past

The present perfect tense uses the past to give the listener a message for now. I’ve seen the film may mean I don’t want to see it now or perhaps now I want to talk about it. The basic message is now, I know about this film.

The present perfect illustrates present knowledge by using the past as example.